To share your memory on the wall of Eunice Odamtten, sign in using one of the following options:

Mrs. Eunice Amartiokor Odamtten was born on 23rd December, 1939 to the late Mr. Robert Amartey Amarteifio of Asere in Accra and the late Madam Gladys Afia Ansahba Johnson of Anomabo and Accra. She was the second child of her parents. She lived with her parents for some few years and because their marriage did not last, her growing-up period saw her spending time with her mother at Derby-Avenue in Accra, her father and/or relatives. Since both parents were Christians, she was baptized into the Anglican Church and she worshipped at the Holy Trinity Anglican Church in Accra, she was an ardent member of the Women Fellowship and the Shepherd Society. She also sang in the choir, just like her father did.

She attended school at Government Girls’ School in Accra and after her middle school, proceeded to the Ashley’s Secretariat School.
Cecekorkor was employed at the Ghana Commercial Bank where she worked at the Foreign Exchange Department untill 1968 when she left for the US.

Cecekokor, (a corrupted name for Sister Korkor) loved and enjoyed life to the fullest during her youthful days. She would not miss going to the cinema, the night club or enjoying other entertainment activities, irrespective of the consequences. She had a good sense of fashion and would buy some rather expensive clothing. She spent hours dressing and making-up for an outing. Her elegant and graceful figure, enhanced by her very fair complexion always made her stand out.

She was mother to George “Agyeman” Bannerman, her first and only beloved son born in Ghana, whom she also brought to America. She loved and adored him; and would brag about his many scholastic and sports achievements. She showcased all of his trophies that highlighted his excellent sports skills such as track and field events and especially his basketball success. She related to this because she also played a similar game, netball in Ghana.

Eunice met her beloved husband, Leeford “Koney” Odamtten in April 1968, with the help of her very close friend, "sister" and Maid of Honor Doris Baddoo. Eunice's beauty and her warm personality captivated Lee's heart and the connection between them became like instant “fireworks!” Without delay, Lee dated her and within weeks, he proposed. With no further delay, they planned their wedding and with the approaching holidays, they secured the Fourth of July! They were married at the Carnegie Hall, 4th of July, 1968. Lee proudly contacted and sent their wedding pic to the Ghana newspaper, “ Sunday Mirror” - proudly announcing their union.

Eunice lovingly embraced and built a special bond with her blended family of the wonderful children of her husband Lee. Shortly after, Eunice and Lee had two daughters, Ruth “Adjeley” and Cynthia “Adjorkor”.

With her extensive background in finance, Eunice worked with Chase Bank (now JP Morgan Chase) in the US. Working in a fast-paced work environment in the banking industry, there were times Eunice encountered “difficult” people at work. Though she would address these matters, she would vent it out to Lee. He would quietly listen and the next day, he would call her boss to tell them to treat his wife nicely.

Eunice was known for her love of shopping, her great sense of fashion, dancing, great cooking especially jollof rice! She loved gambling on horse racing Off-Track Betting, she played Lotto and would “straight & box” the heck out of her numbers 327. And she would win! a lot! But not with 327! She was an avid watcher of the World Wrestling Entertainment (WWE.).

Eunice will be greatly missed by her beloved husband, Lee, her three children, George, Ruthie & Cynthia; her son-in-laws Lemuel Davison who always chauffeured her and Lee all around New York and never fell short of accommodating them with anything they wanted; Shawn Graham who ordained himself as her personal chef, cooked her favorite meals and while she ate, he would sit by her side and interview her as a Ghanaian celebrity about her life in Ghana ; her beloved sister Vera whom she adored; her sister/best friend Doris; her sister-in-law Mabel; close friend/sister Felicia; her brothers Amarkai and Laryea, whom she was protective of; her sisters Ruby and Gloria whom she was fond of, her granddaughters Tanayzia, Ajeé, Alexandria & great-granddaughter Imani; grandsons Chauncy, Geani, Maurice Jr & great grandsons Kairo and Santana; a host of cousins; as well as the numerous nieces, nephews and friends.

Your family from Ghana:

Eunice, May you Rest In Peace until we meet again in Paradise.
Read Less

To send flowers to the family or plant a tree in memory of Eunice Odamtten, please visit our Heartfelt Sympathies Store.

We encourage you to share your most beloved memories of Eunice here, so that the family and other loved ones can always see it. You can upload cherished photographs, or share your favorite stories, and can even comment on those shared by others.

NCAC Managers, Lynnea Greene, and other have sent flowers to the family of Eunice Odamtten.
Show you care by sending flowers

Posted Apr 22, 2021 at 05:00pm
Mommy! I am so glad we made the most of every moment. Our zoom lunches the same time every day. I can’t wait until the resurrection when God will call you out of your memorial tomb...I will greet you with all the Judge Judy updates

Posted Apr 15, 2021 at 02:40pm
Eunice Odamtten will remain in our hearts and Minds forever. REST IN PERFECT PEACE AUNTY KORKOR.

Posted Apr 14, 2021 at 11:35am
Our thoughts and prayers are with you. Love, your NCAC Management Team Family

Posted Apr 14, 2021 at 08:33am
Ruth (Bo$$ Lady), you and your family are in my thoughts and prayers. Praying you all are given comfort, peace and understanding. Love you

Lynnea Greene purchased the The FTD Comfort Planter and planted a memorial tree for the family of Eunice Odamtten. Send Flowers 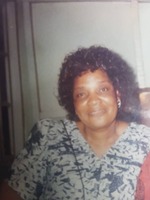